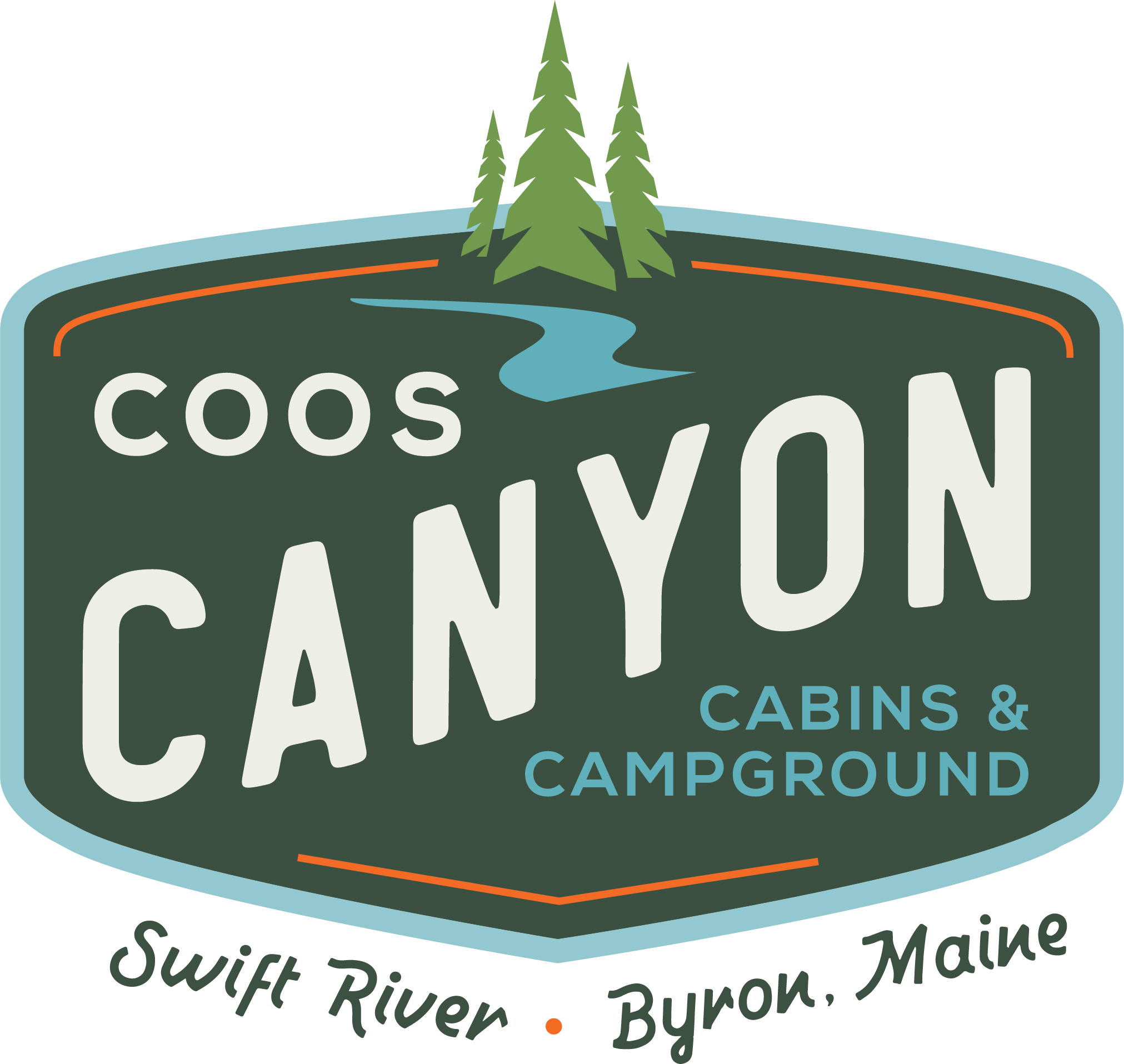 For questions that relate to a reservation:
Reservations@cooscanyoncampground.com

To contact the Camp Store regarding
hours and stock:
Store@cooscanyoncampground.com

We are just off Rt. 17 in Byron Maine, located only 14 miles northwest of the Mexico/Rumford area, 22 miles south of the Rangeley Lakes area and 35 miles from the Bethel area.

From the Maine Turnpike
Take Exit 75 Auburn.
Turn left at the end of the off-ramp.
Follow Rt. 4 through Auburn to Turner/Livermore Falls town line.
Turn left onto Rt. 108.
Turn right at blinking traffic light in West Peru.
Cross bridge and turn left onto Rt. 2. Follow through Mexico until you come to a traffic light.
Turn right onto Rt. 17N towards Oquossoc.
Travel 14 miles and take a right into Coos Canyon Campground just before the picnic area.
For Coos Canyon Cabins, take a right at the picnic area off Rt. 17.
Coos Canyon Cabins is the first right after the bridge.
Coordinates: 44.7196594,-70.6310409 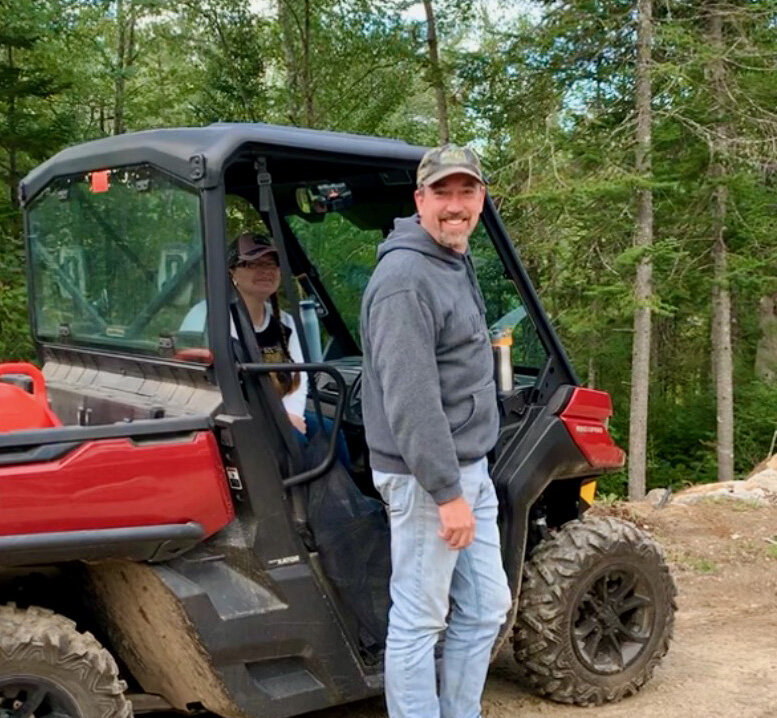 We love the outdoors and fell in love with camping with our family. We were looking to make a lifestyle change and thought, "What could be better than turning our passion into our lifestyle?" After 5 years of intense searching, we were lucky enough to discover Coos Canyon Campground & Cabins.

This gem of a place was everything we were looking for: wooded sites, privacy, solitude, a natural playground in an enchanting canyon next to a sparkling river — a place where you could leave all of the gimmicks behind and just...camp. On March 1, 2019 our dream came true and the rest (as they say) is history.

We know you'll love Coos Canyon Campground as much as we do. Welcome!

Dotted by watering holes and rivers, life in Coos Canyon has always been focused on the landscape. Nicknamed "Hop City", the towns surrounding Byron experienced a mini-goldrush when gold was discovered in the 1840s. It was believed that an undiscovered gold vein was hidden beneath the Swift River and its tributaries, leading to the town's peak around 1900 when there was a commercial gold mine operating in Byron. Over the years, attempts to tap into the vein were unsuccessful and the mine eventually closed.

Still, locals in the area used the gold they found to supplement their earnings. Some people — like the reknowned hermit, Carl Shilling — took it to the extreme by panning as his full-time occupation. Originally from Germany, Carl lived in a small shack on the Swift River not far from where our existing campground stands today. His eccentric personality and cheerful greetings made him popular among residents and visitors alike.

However, the most well-known Coos Canyon inhabitant was Molly Ockett, an indigenous woman from the Abenaki nation. Her skills as a healer more than 250 years ago make her a legendary figure to this day, as it is believed she saved the life of U.S. Vice President Hannibal Hamlin as an infant. She has been celebrated annually in Bethel, Maine, with her very own Molly Ockett Day, now part of the Bethel Area Summerfest in July. 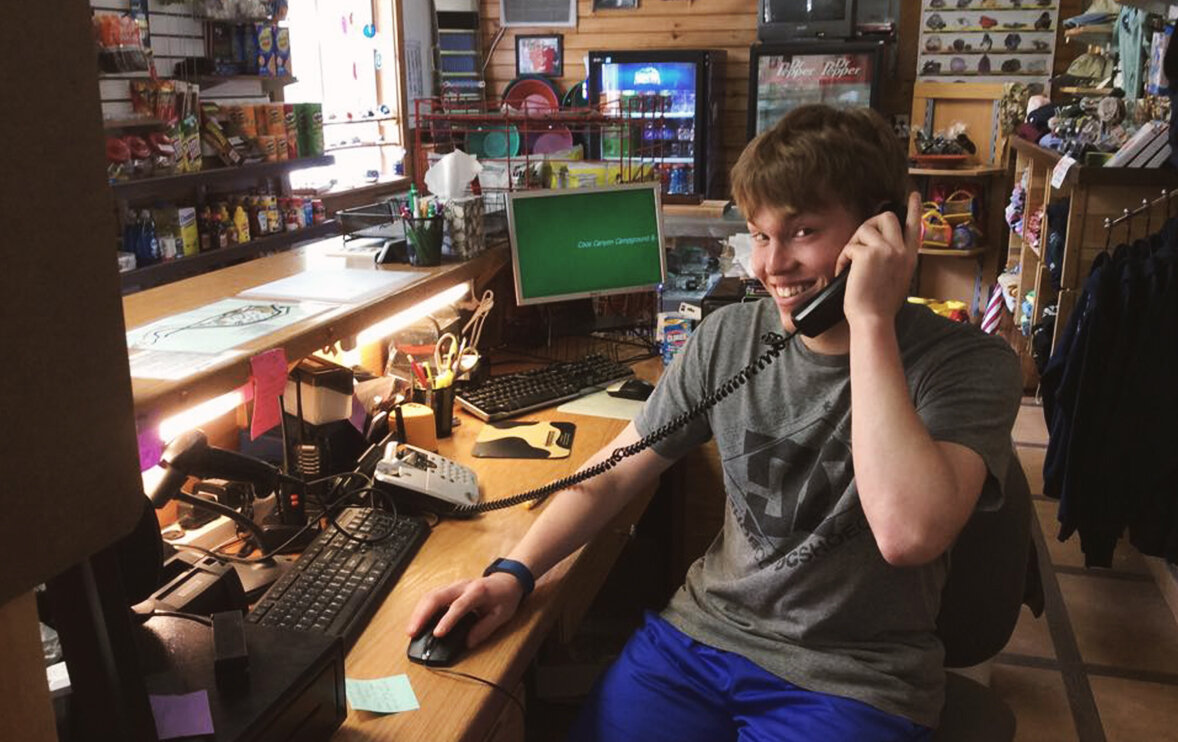 Coos Canyon Campground & Cabins is looking for working campers, preferably a couple, to join our team. We are a small, family run campground nestled in the beautiful River Valley area of the Lakes and Mountains region in Byron, Maine. For the avid outdoors person, there is an abundance to do with your free time (hiking trails, rivers, lakes, quaint towns, fishing, hunting, etc.).
Download job application